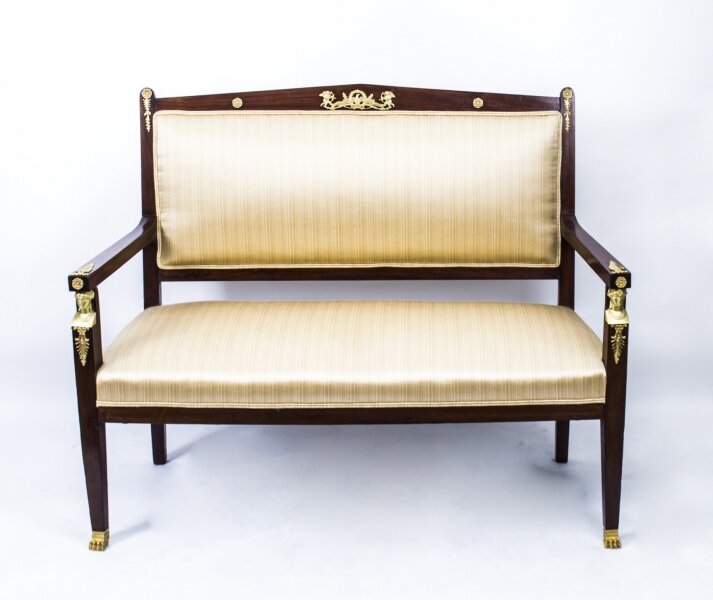 Ref: 07486b
Price: £1,750.00
This is a fantastic and highly decorative antique French Empire  sofa, circa 1900 in date. It has been crafted from...
Question about item
Request a virtual viewing

This is a fantastic and highly decorative antique French Empire  sofa, circa 1900 in date.

It has been crafted from fabulous solid mahogany and is smothered in fabulous high quality ormolu mounts reminiscent of the Empire style with Egyptian motifs such as sphinxes, urns, laurels and Napoleonic symbols.

The arms terminating in classical female masks and standing on elegant tapering legs that terminate in ormolu sabots.

This gorgeous antique sofa has been reupholstered in a fabulous ivory coloured fabric and will be a wonderful addition to one special room in your home. 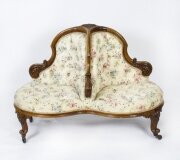 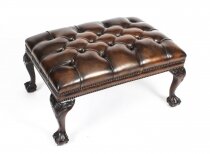 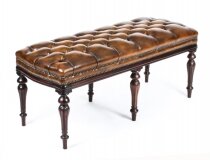 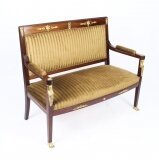