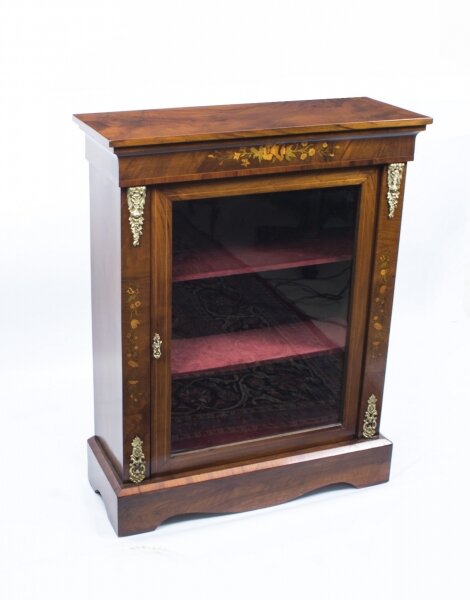 This is a beautiful antique Victorian pier cabinet, circa 1870 in date.

It has been accomplished in burr walnut with fabulous floral marquetry decoration.

Adding to its truly unique character it is decorated with exquisite gilded ormolu mounts and the interior is finished in  a rich burgundy velvet.

One cannot overstate the truly unique opportunity to own such a delightful cabinet.