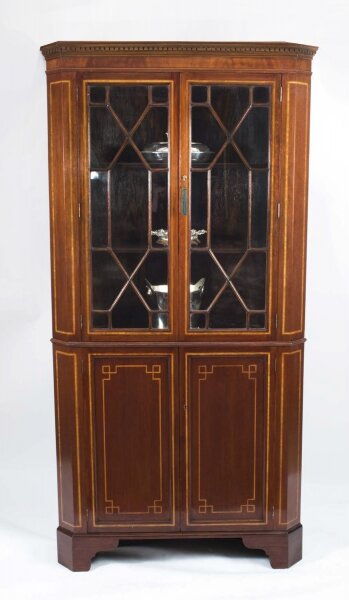 It dates from circa 1900, the end of the Victorian period and the start of the Edwardian period. The pair of astragal glazed doors  in the top section open to reveal an interior with two shelves, there is a central shelf in the bottom section.

The cabinet is raised on elegant bracket feet and is complete with working locks and keys.