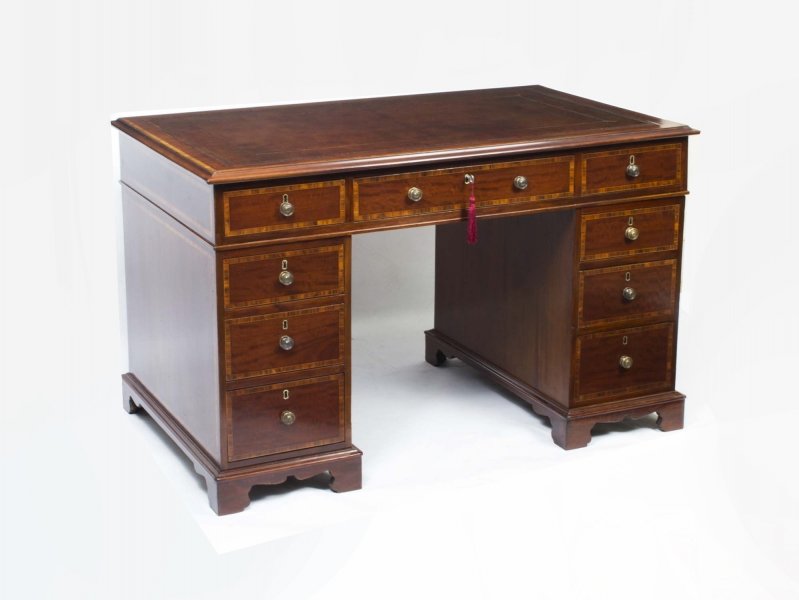 This is a superb antique Victorian Flame mahogany and kingwood crossbanded pedestal desk, circa 1860 in date.

It is made from fabulous flame mahogany, the rectangular mustard brown tooled leather inset is original, and the top features an elegant ogee moulded edge.

There are three drawers in the frieze as well as  three short graduated drawers in each pedestal. It has it's original handles and locks and stands on the original brass and ceramic castors.

Instill the elegance of a bygone era to a special place in your home with this fabulous antique  desk.

With working locks and key.

The flame figure in the wood is revealed by slicing through the face of the branch at the point where it joins another element of the tree.Mahogany
is probably one of the largest ‘families’ of hardwood, having many different varieties within its own species.

Kingwood is a classic furniture wood, almost exclusively used for inlays on very fine furniture. Occasionally it is used in the solid for small items and turned work, including parts of billiard cues, e.g., those made by John Parris. It is brownish-purple with many fine darker stripes and occasional irregular swirls. Occasionally it contains pale streaks of a similar colour to sapwood. 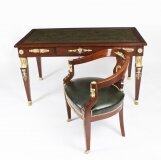 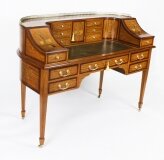 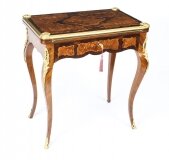 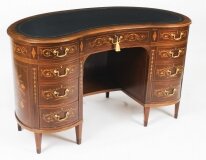