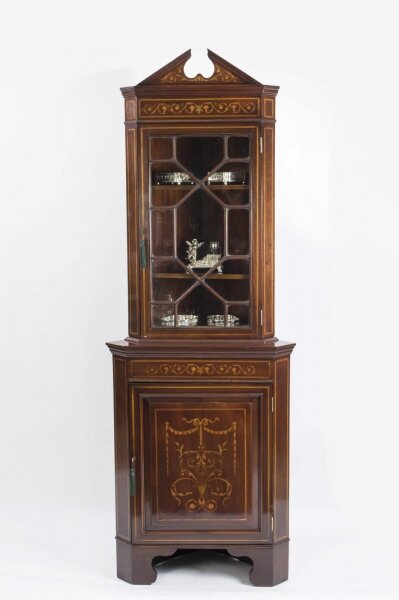 Ref: 06336
Price: £1,350.00
This is a fabulous antique English Edwardian profusely inlaid corner cabinet, circa 1900 in date. The cabinet is made of...
Question about item
Request a virtual viewing

This is a fabulous antique English Edwardian profusely inlaid corner cabinet, circa 1900 in date.

The cabinet is made of rich mahogany and has satinwood inlay with garlands, swags, urns and floral motifs, as well as satinwood and ebony crossbanding.

The cabinet has working locks and keys and is a fantastic example of the Edwardian master craftsman’s work. 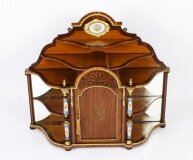