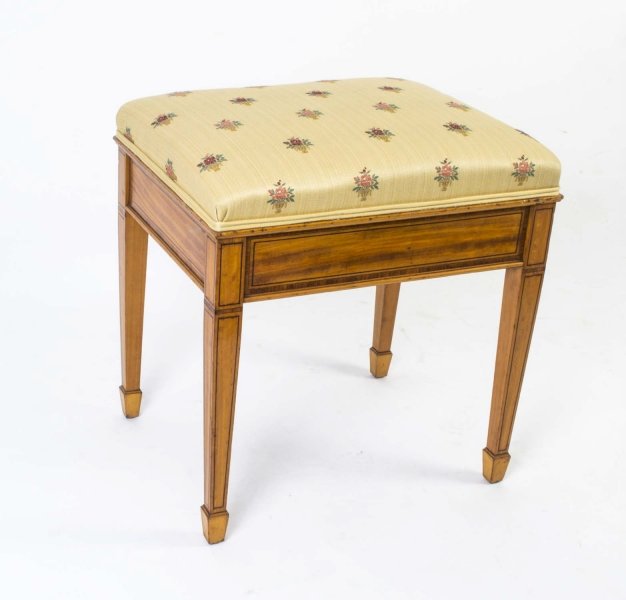 Ref: 03027a
Price: £ 0.00
This is an antique Edwardian satinwood stool, circa 1900 in date. It is made from beautiful satinwood with ebony stringing and...

This is an antique Edwardian satinwood stool, circa 1900 in date.

It is made from beautiful satinwood with ebony stringing and rosewood crossbanding. The stool has a solid flame mahogany interior to store your sheet music or magazines.

The stool has been reupholstered in a yellow fabric with floral motifs.