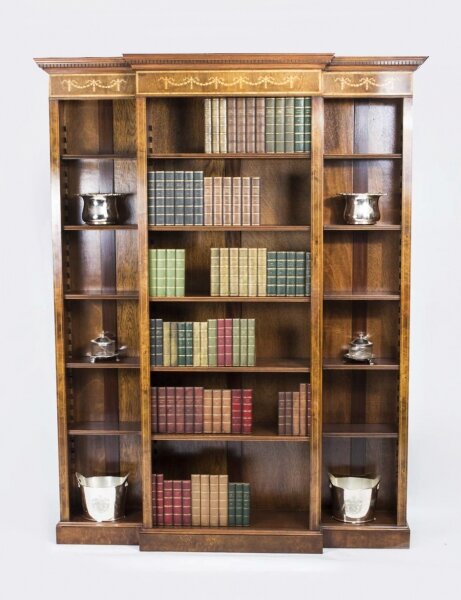 Ref: 02512a
Price: £2,200.00
This is a beautiful bespoke burr walnut and inlaid open bookcase in the Sheraton style. There is no mistaking its unique...
Question about item
Request a virtual viewing

This is a beautiful bespoke burr walnut and inlaid open bookcase in the Sheraton style.

There is no mistaking its unique quality and design, which is certain to make it a talking point in your home. As such, this bookcase is sure to take pride of place in your library or reception.

This tall breakfront open bookcase has three sections each with five adjustable shelves with lots of space for all your books.

It is made of burr walnut with beautiful inlaid decoration. 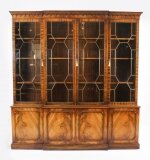