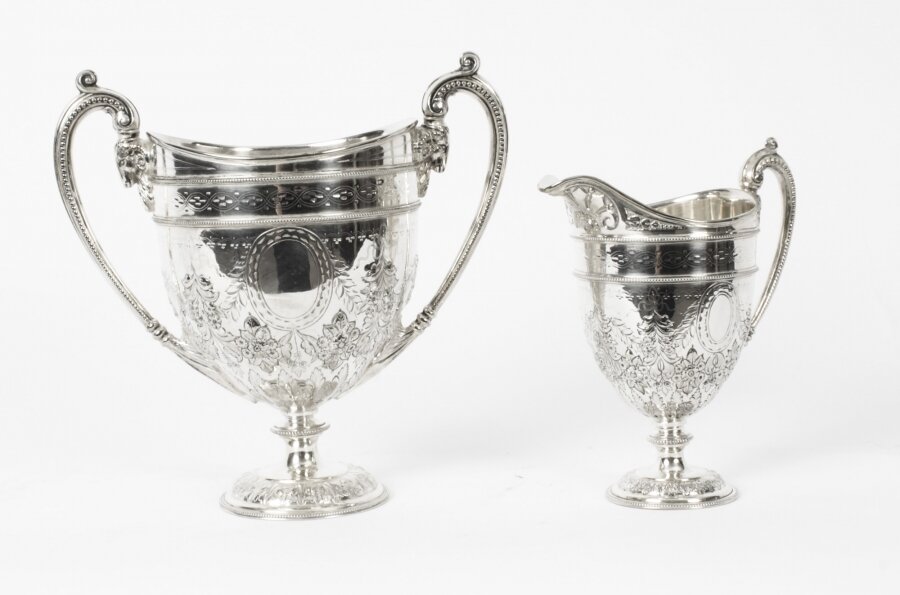 This is a lovely antique Victorian Neo-classical silver plated cream jug and sugar bowl set with bright cut engraved decoration and the makers mark of the renowned Victorian silversmith, James Dixon & Sons, circa 1880 in date.

The set is of very elegant design with floral and foliate decoration as well as  ribbons with beaded bands. The sugar bowl has twin hooped handles terminating with ram's head masques.


There is no mistaking its unique quality and design, which is certain to add a special something to your high tea.

J Dixon & Sons - founded 1806 in Sheffield, was one of the major British manufacturers in the Industrial Revolution of the 19th century.

They were the best-known manufacturer of Britannia metal, and also the world leader in manufacturing shooting accessories till the late Victorian era. They produced a variety of other items: from precision tools to aircraft propellors. They were particularly famous whistle makers, known for their outstanding quality. They were one of the 4 great whistle makers, the others being W Dowler & Sons, J Stevens & Son & T Yates.

Their registered trade mark since 1879 was a Trumpet with a Banner hanging from it. Although registered in 1879, the "Trumpet with Banner" logo was used for many years before registration and appears on many of their silver plate pieces. Besides whistles, they were one of the foremost names in silver plate and sterling tableware including silver tea services and hollowware pieces. They also made silver ware serving pieces and had a wide catalogue of patterns. Their tea sets and hollowware pieces are very valuable as antiques.

In 1915 the company sold its stock to an Italian Company and ceased manufacturing shooting accessories.

The firm continued to be a family run enterprise until 1976. Since 1976 The company was purchased and was in an American ownership. 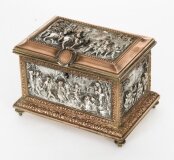 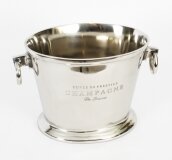 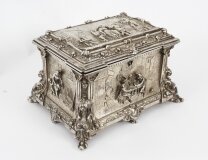