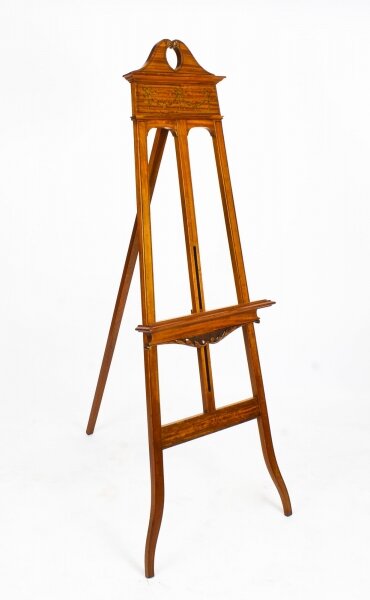 A beautiful antique Edwardian satinwood display easel,  Circa 1900 in date.

The easel features superb hand painted and carved decoration with an adjustable shelf.

It is superbly hand painted with garlands of flowers, bows and ribbons, and
the adjustable  shelf  makes it perfect for displaying your paintings of any size.

The painting shown in the photographs is not included. 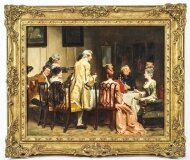