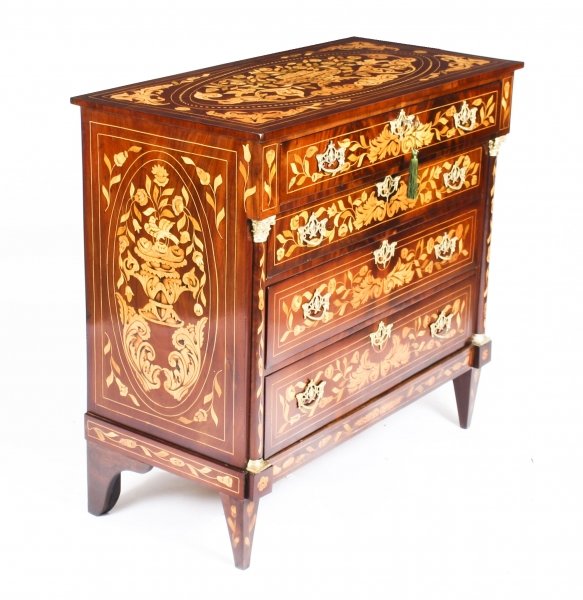 This is a stunning antique Dutch marquetry inlaid chest of drawers, circa 1850 in date.
This splendid chest has been accomplished in striking figured mahogany and features a plethora of exquisite hand-cut floral, foliate and birds marquetry decoration typical of the period.
It has four capacious full-width drawers - one overhanging full width drawer and a further three full  width graduated drawers with splendid pierced brass cast handles and escutcheons.
It comes with its original working locks and keys, and it stands on elegantly tapered feet.
This exceptional piece represents a fantastic example of Dutch marquetry cabinetry at its very finest.
Condition:

More
Marquetry is decorative artistry where pieces of material (such as wood, mother of pearl, pewter, brass silver or shell) of different colors are inserted into surface wood veneer to form intricate patterns such as scrolls or flowers. 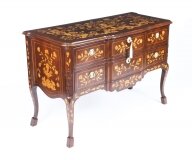 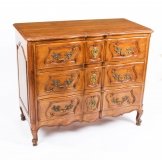 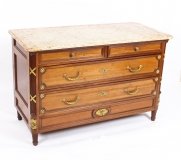