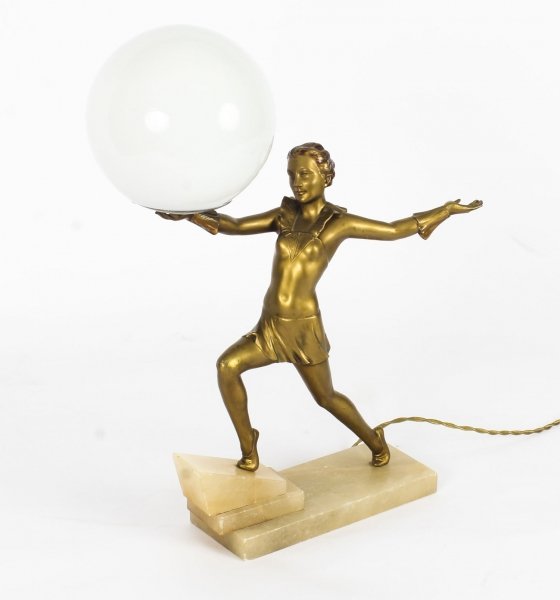 This is a beautiful antique Art Deco tale lamp depicting a gilded dancing maiden, circa 1920 in date.

This lamp depicts the excellently patinated figure of a maiden dressed in a Pierrette costume. She holds a gracious dancing pose with a glass sphere lamp in her right hand while standing on a stepped alabaster plinth base.

The wiring has been checked and it is ready for use

Add a classical Art Deco elegance to any room of your home. 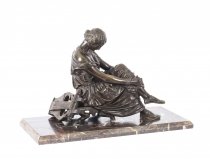