It is raised on stepped supports with tapered square legs.

This mirror is in excellent original condition, and the frame has been cleaned and waxed in our workshops.

Cheval Mirror - also called horse dressing glass or psyche, a  tall dressing mirror, suspended between two pillars, usually joined by horizontal bars immediately above and below the mirror and resting on two pairs of long feet.

The cheval glass was first made toward the end of the 18th century. The mirror could be tilted at any angle by means of the swivel screws supporting it, and its height could be adjusted by means of lead counterweights and a horse, or pulley, from which the name was taken.

Thomas Sheraton, in The Cabinet Dictionary (1803), included a design with a nest of drawers at one side and another with a writing surface. When wardrobes were fitted with mirrored doors, the cheval glass became unnecessary in bedrooms. 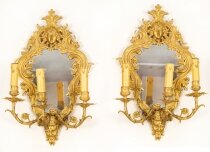 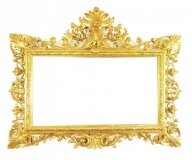