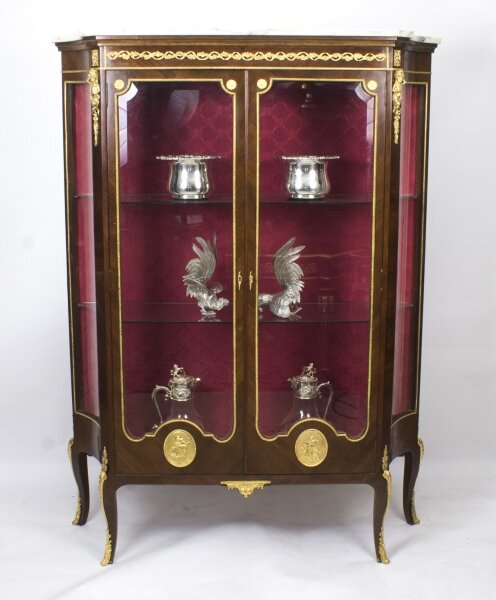 Ref: 07992
Price: £2,950.00
This is a beautiful antique French mahogany and ormolu mounted display cabinet in the French Louis XV  manner, circa 1880 in...
Question about item

This is a beautiful antique French mahogany and ormolu mounted display cabinet in the French Louis XV  manner, circa 1880 in date.

This beautiful cabinet has an abundance of exquisite decorative ormolu mounts. It has a pair of glazed doors to the front and shaped glass to the sides and the interior has been relined in a sumptuous burgundy damask.

The cabinet  stands on elegant slender cabriole legs with ormolu mounts and it has  glass shelves to display your collectables .

Empire style, is an early-19th-century design movement in architecture, furniture, other decorative arts, and the visual arts followed in Europe and America until around 1830.