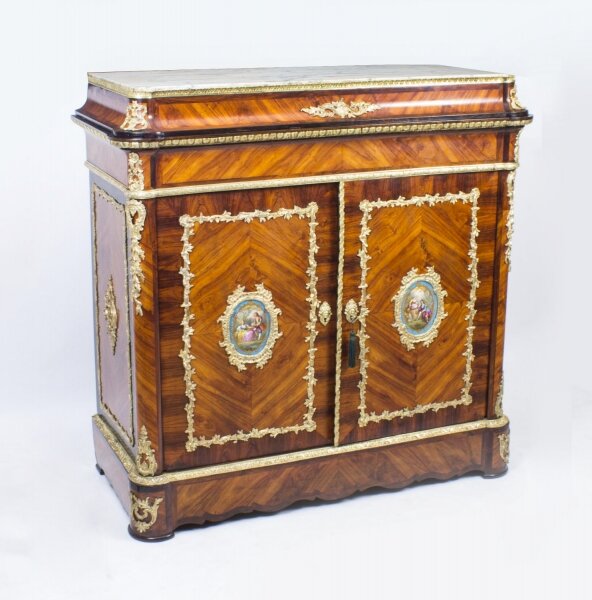 A 19th Century French kingwood side cabinet C1860 in date.


This stunning antique French side cabinet is a true rarity.  It has been accomplished in Kingwood, an exotic and valuable veneer.

Adding to its truly unique character it has been decorated with a plethora of exquisite gilded ormolu mounts and is further embellished by the addition of two  hand- painted oval French Sevres porcelain plaques depicting lovers.

Surmounted with a beautiful Carrara marble top that has an elegant three quarter pierced brass gallery, over a pair of ormolu mounted doors with Sevres plaques, that open to reveal a spacious cupboard with a central shelf, and raised on a plinth base and small turned feet.

With original key and working lock. 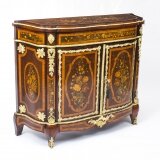 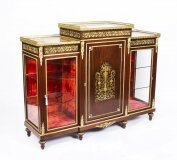 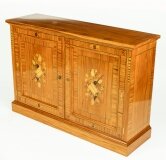 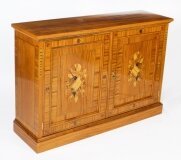