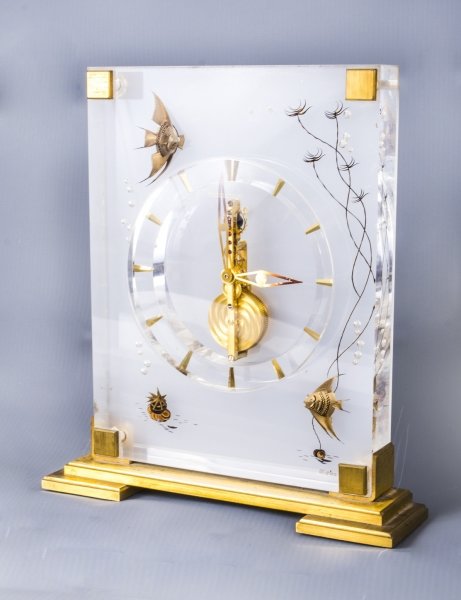 This is beautiful and very decorative Vintage  Jaeger-LeCoultre Marina Desk Clock dating from the early 1960s.

The clock face has Dagger Numerals and a lucite cover and is stamped with the serial number 352.

It comes in the original  Jaeger - Le Coultre Geneve case.

In pristine condition and in working order, keeps good time. 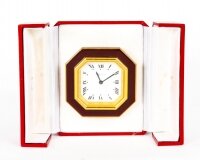