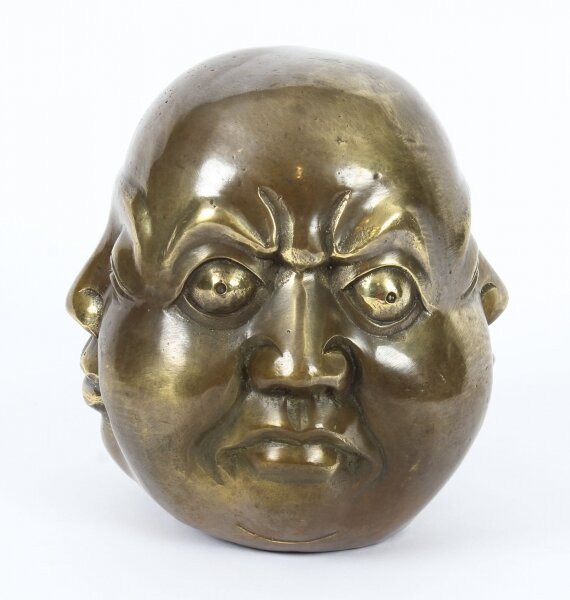 Ref: 02190b
Price: £145.00
This is an interesting and very unusual bronze bust of the famous four-faced Buddha. This history of this fascinating motif...
Question about item
Request a virtual viewing

This is an interesting and very unusual bronze bust of the famous four-faced Buddha.

The four faces symbolize the four books of the Vedas, the Hindu scriptures and the source of all knowledge in the creation of the universe. The eight hands, symbolize the omnipresence and power of Lord Brahma. The upper right hand carries a rosary, symbolizing the cycle of life from creation to death. The upper left hand carries the Vedas, symbolizing knowledge and intellect. The lower left hand carries a pot of water representing cosmic energy of creation. The lower right hand bestows grace and protection. Sometimes called by the French name of 'cire perdue' or the Latin, 'cera perduta' is the process by which a bronze or brass is cast from an artist's sculpture.In industrial uses, the modern process is called investment casting. An ancient practice, the process today varies from foundry to foundry, but the steps which are usually used in casting small bronze sculptures in a modern bronze foundry are generally quite standardised. 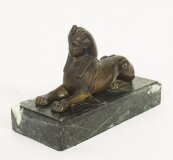