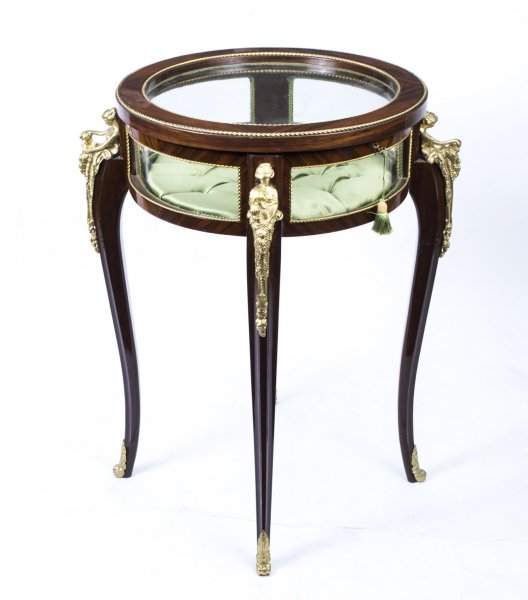 Ref: 00407
Price: £ 0.00
This elegant little display table is in the style of the Louis XVI period, and dates from the last quarter of...

This elegant little display table is in the style of the Louis XVI period, and dates from the last quarter of the 20th century.

It is carefully crafted in rich  rosewood with exquisite ormolu mounts, and it has a plush satin interior.

It features a hinged opening glazed top and glazed  sides so that the contents are visible from all angles.

The plush satin interior will show off your collection in a very striking way.

With working lock and key.