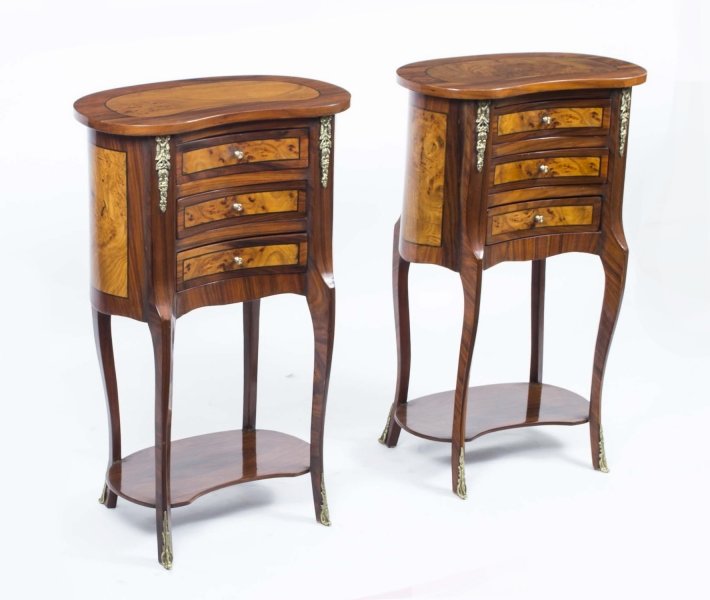 Ref: 00052
Price: £ 0.00
This is a lovely pair of French burr walnut bedside chests or side tables with fabulous ormolu mounts from the last quarter...

This is a lovely pair of French burr walnut bedside chests or side tables with fabulous ormolu mounts from the last quarter of the 20th century.

The cabinets are kidney shaped and feature beautiful crossbanded decoration .

Each table has three useful drawers and stands on elegant cabriole legs. 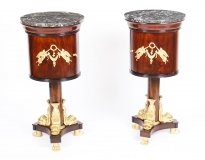